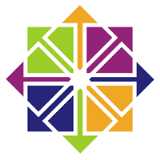 BTW, don't be surprised if Fedora and RHEL (and it's other offspring) are missing ifconfig as well.
Posted by Meltivore at 2:13 PM