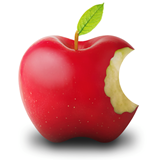 Click the button to allow anyway and enter your password, the app should start installing immediately.
Posted by Meltivore at 10:59 AM